CHANGE is the word of the day. For many out there believe if they hold their breath long enough this latest “wind of change” will blow over. Well, not this time. Folks, especially those that feel their OLD WAYS (a.k.a. the old we’ve always done it this way and the old if it ain’t broke don’t fix it) are threaten to cease existing.

Guess what? You and those like you have had your heads so far up your four points of contact that when you pop it out I will happily be the one to tell you: IT IS ALL BROKEN and there is no going back.

The “winds of change” are blowing all over the planet and no pandemic, no closed-mindedness. nor preconceived ideas & outdated ideologies will stand in its way.

As a leader you must have that open mind and believe that the coming change is the natural progression of our existence as human beings. For a few short weeks not so long ago, we stood together in defense of microscopic virus that has the potential to wipe every human off the face of the Earth.

Think “War of the Worlds” kind of scenario in this case we, Earthlings, are the invading Martians. It was the simple microbe that almost wipes the invaders out. But, we do not have the luxury of jumping into a rocket ship and going home. We are home. Now in the midst of all this we stand apart.

Now, as we start to see signs of beating back the pandemic some imbecile with complete disregard for human life, dignity, and humanity goes off and kills someone. Someone that imbecile sworn an oath to protect and serve. That someone was George Floyd. We all know that when George Floyd woke up that morning quite possibly the last thing on his mind was that “today, will be the day that he would change the world“. Yet, he is gone and the world is changing.

As LEADERS, you have a duty to ALL those you to lead to lead by example. Be the first to embrace the coming change. Do not embrace change because it is the right thing to (because it is) and not because it is the cool thing to do (because it is) but because as times change a real leader must accept change. Even if sometimes that change is not to their liking and the cold hard fact is: CHANGE DOES NOT GIVE A DAMN WHAT ANYONE THINKS!

So, if you want to continue being a LEADER, then get up, get out there and LEAD THE CHANGE FROM THE FRONT!

Yes, it is that simple!

Thank you for your time,

The following is something I recently posted on my Facebook page – http://www.facebook.com/thedavidguerra
—- 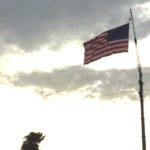 I would like to take this time to talk about something that is really close to my heart.

The great thing about Facebook is that you can join just about any group on just about any topic. Those that know me know that I am Veteran (former active duty US Army Infantry) and am I member of several veteran groups here on Facebook. There was a post today that made me think about the last 8 years and the 8 years before that.

The post read, “I sure hope that whatever party takes on the presidency will make this a top priority and gets those Vets the help they need…”

Folks, whether it is Veteran Issues, LGBTQ, Race relations, Elder issues or anything else, the past 16 years have taught us that we can NO LONGER hope. Those days of hope and change are gone! Those days of wishing and praying for a better future are out the window.

What needs to be done is to STEP UP, TAKE A STAND, and DELIVER A MESSAGE that is clearly UNDERSTOOD and ACTED UPON.

We can no longer act like pawns and puppets. The days of looking for someone to take care of us ended the day we became members of society. There is NO expectation of anything. My grandparents and great-grandparents worked for what they had. My two grandfathers did not even expect to survive when they were called to go and fight against Nazism, Fascism and Imperialism during World War II but they made it back after working hard to help win that war.

I stepped up and did my part when I joined the US Army and was at the front-line against Communism in West Berlin. It was touch and go but we won the Cold War without it ever getting hot.

We owe it to them, the ones that are gone, the ones we will never see again, the ones that we called our friends, our buddies, our brothers, to stop hoping and start acting on making a change. We owe it to our battle buddies today that are suffering because of the “hope and change” and the “promises” that things will be different. We owe them the opportunity they never had or don’t get a chance at.

We are still soldiers, marines, sailors, and airmen and though we might be a little slow on the draw, the time has come to stop hoping for a change and start ACTING TO MAKE CHANGE HAPPEN.

Thank you for your time and let’s get out there,
David Guerra
Infantry, US Army (Veteran)

Subscribe to my newsletter to get future blog posts and other goodies straight to your inbox.