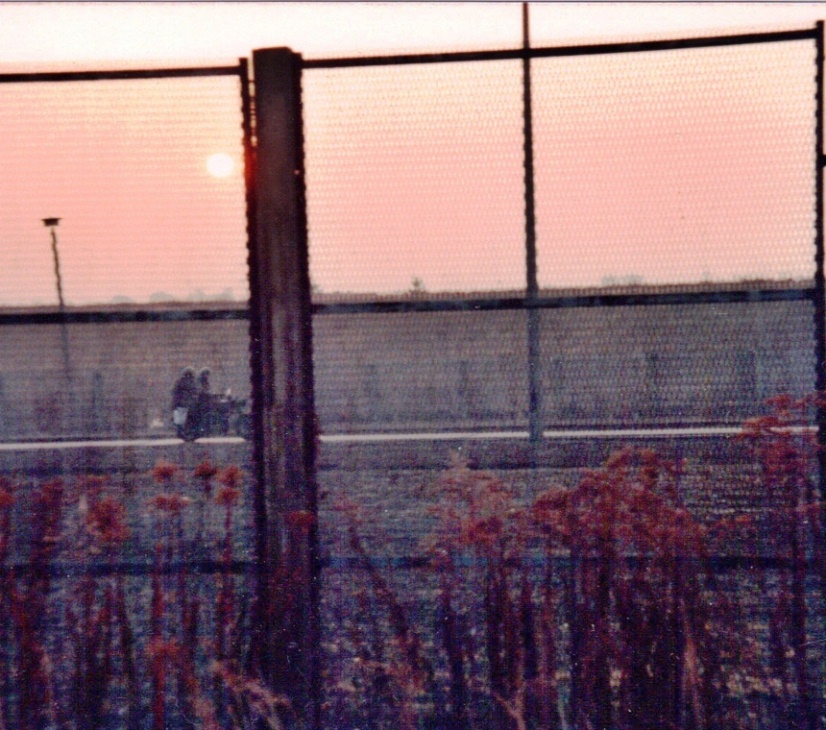 This week’s walking leader weekly leadership poll question is ” what is the one thing you would like to change about leadership?”

That’s a loaded question and the answer is, as well. And what I mean by a loaded answer is that the answers will vary from the simple to the complicated. Because the question reaches deep inside an individual and every individual has been impacted by good leadership, mediocre leadership, and awesome leadership as well as bad management. Thus, most people’s answer will come from past experiences.

Using myself as an example, I can reach back far into my life, even my early childhood and can say that my grandfather impacted my fledgling concept of leadership. Then as I grew older my father to some extreme of well not so good management. Whom I kidding, he was a terrible manager. He is my father but he was not a leader. Of course, he did the best he could with what he had when it came to raising a family but for some strange reason, he could not help himself.

Obviously, there were other individuals, that impacted my sense of leadership. Them and what leadership meant to them or how they showed it started to chip away at the rawness of I understood leadership was and was not. All that took place while I was growing up. It was not until after I graduated high school that the reality of what leadership is, what it is not, and what makes bad managers started to influence me. I found out because I volunteered for it.

I joined the U.S. Army as an Infantryman. An Infantryman like my Grandfathers before me. The Army in its infinite wisdom and by luck I found myself in a place where PROFESSIONALISM was not just a word but it was a day-to-day expectation. It was the STANDARD.

PROFESSIONALISM was not a word on a poster on a wall in someone’s office. We lived and breathed PROFESSIONALISM 24-7-365-52. When I joined the military, we did not know then that we were in the ending days of the Cold War.

My first duty station was 110 miles behind the Iron Curtain. I was based in West Berlin. My barracks room was a couple hundred feet from East Germany in the Soviet Zone of Occupation. It was said that Soviet mortars were zeroed in on our barracks buildings. We were told that if war were actually to happen, we would be the first to go while we slept in our bunks. Not a pretty thought, but we lived with that concept every single day. We believed that because not a day went by that we didn’t see a Soviet tour car or Soviet Mi-8 Helicopter fly around. That was a lot for kid fresh out of high school, but what made all of that bearable were our leaders.

Oh yeah, there were few knuckleheads here and there, but for the most part we all knew that we were all we had should something go wrong. Being 110 miles behind enemy lines limits your options of relief or rescue. Thus, that is why I say I was lucky to be assigned to that unit, at that place and time, and it shaped me into the person I would become after I left Berlin.

The examples of leadership that I experience first-hand in West Berlin, were never ever to be duplicated again. The Officers and Non-Commissioned Officers as well as the Enlisted soldiers of the Berlin Brigade each brought their “A-game” every single day, come rain or shine. We had no choice not only was it a standard it was the standard our nation called on us to deliver because of where we were and because on a daily basis, we stood toe-to-toe with our adversaries. Because of where we were and our mission in Berlin centered on PROFESSIONALISM. That is because PROFESSIONALISM was the mission, it was the vision, it was where everything began and everything ended when it came to being assigned to the legendary divided city of West Berlin. If we failed being PROFESSIONAL then we would have failed in our mission. We did not fail.

Thus, I ask myself this week’s question; What is the one thing I would like to change about leadership?

The moment a leader forgets to be PROFESSIONAL is the moment that leader should be stripped of the title of Leader and that is Non-negotiable!
– = – = – = –
David G. Guerra, MBA
email: dave@daveguerra.com
twitter: @daveguerra
instagram: dave_guerra
facebook: thedavidguerra 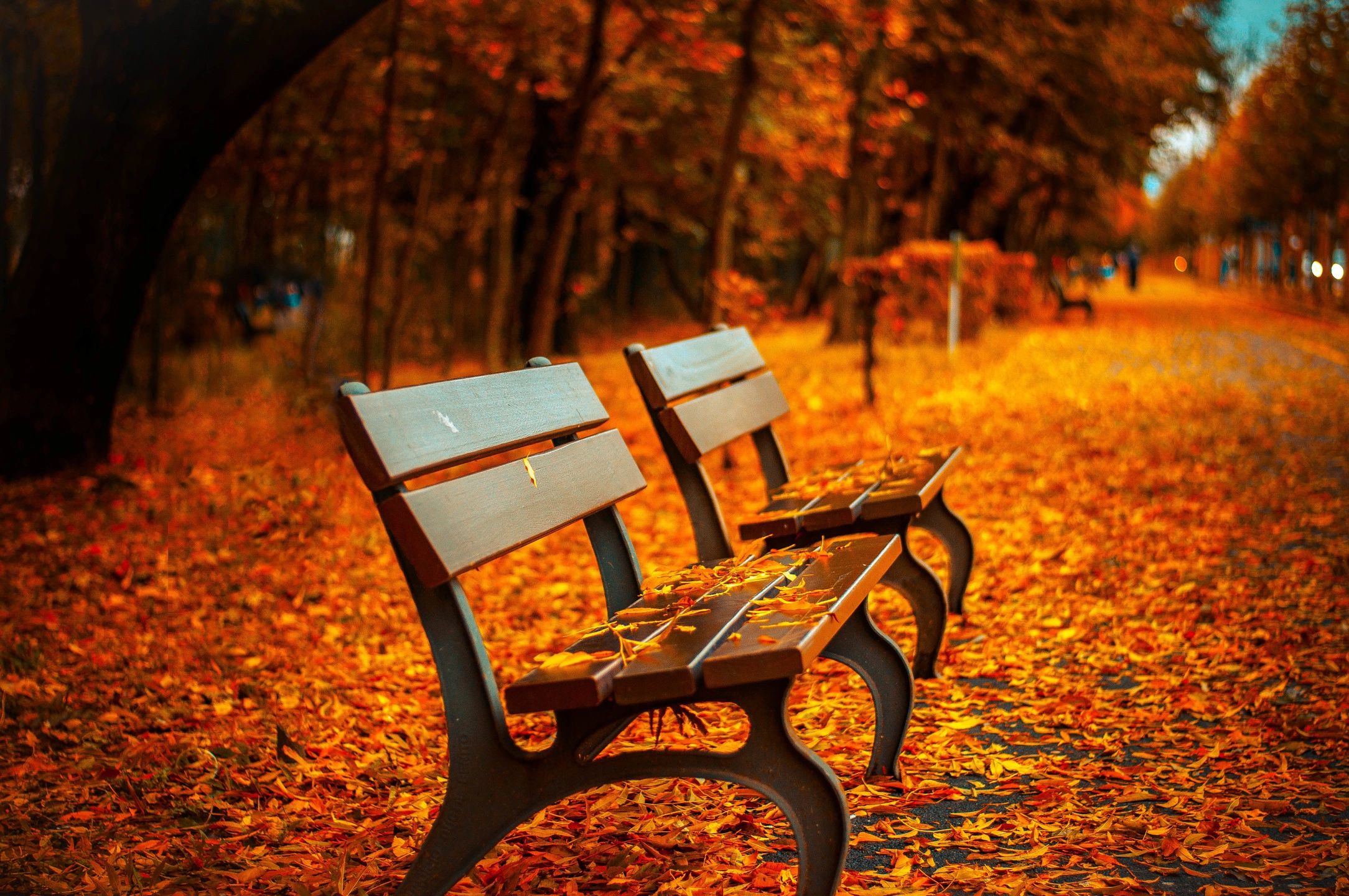 When we hear a word September immediately comes to mind trees losing their leaves, cool crisp mornings, football, and pumpkin spice lattes? Seriously, what we’re really doing is thinking about change. Change in the sense that everything around this is changing and so are we. However, we don’t think about ourselves as changing, only the environment changes.

As the song goes, ” seasons change” so must we. But we’re constantly evolving. We as human beings as individuals are constantly in a state of dynamic change. Believe it or not it is called getting older. That’s the dynamic part. As we age, we start to see ourselves in a whole different light. We see ourselves as that kid that was raking the leaves on the front yard and then jumping into the pile. Now we have to rake those leaves, but the last thing we want to do is jump into the pile. Hell, we might break a hip or something.

There’s the change. We get older we got wiser (well I hope we got wiser). Soon those cold Chris mornings will turn into blustery icy days. And sound winter will arrive. Winter comes to signify the end of the year. Winter is the last season and the cycle of plants trees, and just about everything else. Of course, all of that waits until spring when it gets born again. And change comes again.

And so, we struggled again, much like those gridiron warriors and two every Sunday afternoon. Battling back and forth across 100 yards of artificial turf but at the end of the day there is a winner. However, in our case we hope and pray it is the leader that comes out winning and not the individual. The leader has to win, in the sense that she knows that change while fleeting will come again. The leader must know that this week’s battle is one but we must prepare for the next battle next week or tomorrow morning or later this afternoon or three weeks now but you get my drift.

Enjoy December, after enjoying November, of course after enjoying October, but all that is moot as we still have to get through September. So, my friends I say enjoy the change in the season, enjoyed a change in weather, but most of all, enjoy September. It is only 30 days but these 30 days we’ll set the pace and the standard for the remaining months of this calendar year. These 30 days also said the standard by which the remaining days of this year will play out and eventually take this into the depths winter.

Leaders, this one is for you: lead by example by embracing change and encouraging others to do so as well.

You have your mission

We hear that all the time and what we think about when we hear those words in that order is a misnomer. There is and there never will be WORK-LIFE BALANCE.

First, what is Work-Life Balance? Wikipedia defines Work-Life Balance as “a term commonly used to describe the balance that a working individual needs between time allocated for work and other aspects of life. Areas of life other than work-life can include but is not limited to personal interests, family and social leisure activities.”
What does all that mean? It means people will work diligently to ensure that they are living a 50-50% life. Meaning 50% of life is dedicated to work and the other 50% is dedicated to life outside of work. Well that is not the literal meaning, it is meaning most people find easy to accept, latch onto and try (fruitlessly) to accomplish.

Why Fruitlessly? It will not yield positive results. In fact, trying pull a King Solomon (splitting everything down the middle) is not going to work for a sustained duration. Sure, it might look good at first but it will start to buckle and fail. Eventually, both sides start to suffer in that ultimately the mindset of “it all has to balance” will take over. Once that mindset sets in it is extremely difficult to get back on track but it can be done. Unfortunately, it involves re-wiring their way of thinking, believing, and behaving.

What will work? What works is believing that there can never be true balance when it comes to Work-Life Balance.
No Balance? Exactly, there can never be true work-life balance. One side has to give a little more. That’s what we have to work on. Not on the balance but on that the other side does not hit the balance. Picture a playground see-saw one side is one the ground and the other side is high in the air. You get on one side and you go to the ground. Your clone else gets on, weighing the same as you, and you balance out. Now add some work files to the side your clone is on and now it starts to sink. What do you or your clone do? Your clone works diligently to finish the assignment. Slowly, the teeter-totter goes back to balance. Then just as quickly, your son forgot to tell you about the extra early Friday practice, so now the balance shifts and your side of the seesaw starts to drop and the process repeats.

While it might sound similar to the 50-50% balance mindset. It is with one major exception and it is to ensure that you recognize things in life will happen to keep you off balance. The thing is not to get so wrapped and stringent on ensuring you remain 50-50 all the time but that being out of balance is a natural state and so long as you do not let one or the other take completely over, it is OK to remain slightly off balance.

*no Clones were harmed in the writing of this article