MAKING REGRET A THING OF THE PAST

I want to take a moment to talk about something that I have been thinking about after I posted, on Facebook, the meme about forgetting to place a cake order and wrote on top “Next time, don’t get caught swimming in regret.”

Seems that regret, while a completely normal human function, is something that most people do not want to be called on or admit to anyone, let alone admit to themselves. That is all right.

Whether we like to admit it or not, we all have regrets. I am here to tell you that I am full of regrets.

See the list just goes on and on. Yet, there is a beauty to regret, yes, there is beauty in regret. In the past couple of years, I have grown, moved forward and freely admitted those public regrets, as well as my private regrets (to myself, of course). While most people announce their regrets while on their deathbed, when it is too late. I chose not to.

While we will never truly know the day and time of our expiration, I choose to do something about those regrets, right now instead of when it is too late.

Sure, some can do something about those regrets now but most people will wait until they can no longer do something and complete their time on earth full of regret and anger. Anger because they chose to waste their time holding grudges, internalizing their pain, lashing out at people, putting the wrong people or things above their family and true friends. They would rather spite loved ones because they think they can and are entitled to. They would rather belittle those that are not present because they believe it makes them look cool.

Yet, deep down they know they are hurting because of the regret. Regret based on knowing right from wrong yet choosing wrong because it is a quick fix, a temporary Band-Aid. Instead of working hard to make life better for themselves by fixing those regrets. Admitting regret can be a bitter pill to swallow.

At this point of my post, you are asking yourself, “Who does Dave think he is?”

Please ask that if you have not done so already. You are asking because now you are thinking about the regrets you have. You can choose to be offended. I know at least one individual will be offended. It might be someone whom I do not know or it can be someone that I have known for a very long time. Being offended is good, because sometimes those things that strike a nerve do so to get us thinking.

When we start thinking, we can start acting and when we start acting on our thoughts, we start getting results. Results that lead to minimizing regrets. Once our regrets are at a minimum we have grown as individuals.

Now to answer the question: “Who does Dave think he is?”
I am the person that regrets not writing this much sooner.

Thank you for your attention.

Things to give up to become a successful leader:

We can stop complaining or do it a little less. It can be done. We can complain and complain until we are blue in the face, that’s fine complaining is who we are, it is what we do. However, as a leader you cannot go around complaining because those that follow you will question what you do when it comes to complaining. Your followers will start to wonder if you complain about them to others. If you need help to stop complaining here are five tools to help you stop the complaining or at least keep to a minimum.

GO COLD TURKEY
Just stop! Yes, I know it is easier said than done but it can be done. People do it all the time. You have heard of Smokers, Drinkers, and Heroin users going cold turkey. Sure, it is a little difficult at first but they eventually break the habit. You can stop complaining right here, right now. However, you have got to want to change. You have got to want to stop complaining. Now here is a little something I tell people all the time, we are all human and none of us are perfect. We weren’t made perfect. However, the issue is know that you cannot go through life 100% complaint free. I try but it just doesn’t happens. So don’t worry if you slip and fall back into complaining mode. Pick yourself back up and try again. Remember, most alcohol and heroin addicts have to hit rock bottom before they realize they have to stop.

BE RESPONSIBLE
Own your mistakes. The first step to being responsible is self-respect. Begin by thinking highly of yourself and your abilities. All your abilities. Keep people in your life who respect you. Eject the chronic complainers. Let them carry their complaints elsewhere. Gather people in your life that like you and respect you. Remember it is a two-way street you have them around because you respect them. It is a mutual respect.

BE ASSERTIVE
Giving up complaining does not mean allowing yourself to become someone else’s doormat. Assertiveness is the way to tell others what your needs are and how these can be met. However, there will always be individuals who will see assertiveness (no matter how small or how large) as a personal attack.

KEEP MOVING FORWARD
When you keep moving forward you have less time to look back and complain about who did you wrong, who is crazy, who owes you money, who done you wrong, who was wearing what and stuff like that. By constantly moving forward you have less time to worry about others especially those that are the chronic complainers, the ones that live off of other people’s misery, the ones that would rather go make fun of people because it enriches their lives.
Keep moving forward and looking forward and soon you will have those that move forward as a habit and complain little to none all around you. Remember, like-minded people LOVE to travel together. Why do you think the old saying misery loves company is more often true?

BE MINDFUL
Be mindful of others. Some will see that you are not complaining or complaining as much and back off. However here is where the mindfulness kicks in. There are those that will bait you either catching you off guard or slowly reeling you in until <> you are caught and you start complaining.

Complaining is a part of life. It allows us to blow off some steam. It also allows us and opportunity share with others what we really feel however usually away from the people that we are complaining about. As a leader, you have to learn to keep your complaints to yourself. Your followers do not want to know you complain especially in front of them. Then they will start to wonder if you complain about them to others. So stop the complaining or curtail it as much as possible. 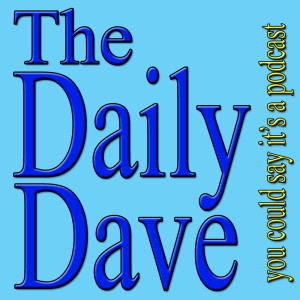 I continue my daily audio / podcast series, “The Daily Dave”.

The Daily Dave is a daily podcast about sharing what’s happening and how it is affecting our Business, Personal, and Social Media life.

—
In this episode, I talk about #TrainingThursday and Professional Personal Etiquette in the Workplace. 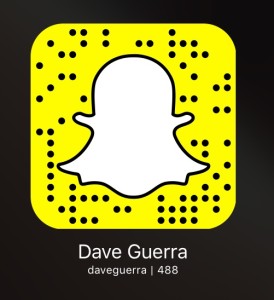 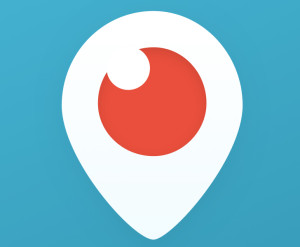