Folks, last night I participated, once again, in my favorite Tuesday Evening Twitter Chat: #DareToBe.  As usual the #DareToBe Tweetchat is hosted by my friend, Andrea Sanchez (twitter handle: @asanchez16). The participants are a great group with each delivering insightful responses that typically lead to deeper discussions. This happens every Tuesday evening. To see some of the responses please click here (a new window will open),

Last night’s topic was DARE TO BE FEARLESS.

There are always Ten questions and Ten Answers plus a bonus Question and Answer.

Here are the questions and my answers.

Q1: Define fear. #DareToBe
A1. Fear is that little voice that SCREAMS at you when you are contemplating doing something new. #DareToBe

Q2: Name one fear that you believe holds people back. #DareToBe
A2. The fear of being considered a “loser” by complete strangers. #DareToBe

Q4: What can you ask yourself to determine if a fear is rational or irrational? #DareToBe
A4. Is your gut telling you to be afraid or are others (as in outsiders) telling you? #DareToBe

Q6: “Do one thing every day that scares you.” –Eleanor Roosevelt Agree/disagree? Elaborate. #DareToBe
A6. AGREE! 100% If you don’t feel just a small twinge of fear daily then what have you got left to do? #DareToBe

Q7: What are some often disguised behaviors associated with fear? #DareToBe
A7. The “You go first” or the “I hear my mom calling me” behaviours. beh#DareToBe

Q8: Give a tip on how one can calm down when feeling fearful. #DareToBe
A8. Take a deep breath, look up at the sky or if at night then look at the stars. Looking up helps to calm down. #DareToBe

Q9: Fear can also be good. What positive role can fear play? #DareToBe
A9. Fear can play a positive role in that it will force us to THINK things through before acting. #DareToBe

There you go my answers to the #DareToBe tweetchat. If you find yourself with some time on Tuesday evening, starting at 8PM Eastern/7pm Central, then please consider joining us for this awesome, insightful, thought provoking and always informative hour. 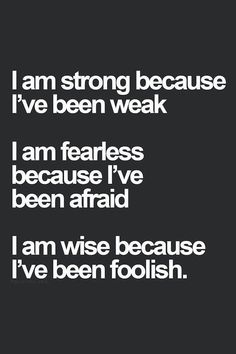 Can you say those words? Can you make that affirmation or will it make you feel weak, afraid, and foolish in front of others?

There is nothing wrong with looking like a fool or being afraid or appearing weak? Yet, too many people would rather live a mediocre life because they are afraid of walking out on the ice. Not knowing how thick or thin, it is. Are you afraid of looking like a fool when you speak to a crowd but nobody hears? Scared of being perceived as weak because your hopes and dreams are not the same as anyone else? Well, you are not alone, come in from the fear.

Too many times, we don’t do what we believe we should do because of what will the neighbors think.
To put it bluntly; screw what others think or believe.

They are not the dream of dreams and most certainly, they are no prize. Though they might believe they are but we know better. They are just regular everyday people who have their own problems, shame, guilt, and most of all, their own shortcomings. Just like you and I do. They might not show it because they are working at creating a façade that looks pretty but serves no true purpose. Add that to their feeble attempts to try dictating the conversation or manipulating the impressions of others. In the end, what does that get you? Nothing!
I know what it is like to be laughed at. I know what it is to be called a coward. I also know exactly what it is to be called a joke. Whether they want to read it or not or admit it or not, I have been called a coward, a joke, and laughed at by, believe it or not, those who I needed the most.

Does that stop me from needing them? No, it does not, as a matter of fact, I need them now more than ever. However, it does stop me from returning to them like a moth to a flame. Once you can break the cycle of returning to the place where you are burned then can you start to grow, change and become better. Nevertheless, for as long as you wallow in that misery and enjoy being burned you become more and more entrenched in that misery.

Remember, I know you are better than that. You can make that change. Admit your shortcomings and start to work on them. Then and only then can you be better than you were yesterday.

On the positive side, I have been called a hero, a wise man, and have had people laugh with me. it is a great feeling knowing that you are respected for what you are and not for what others want you to be or where they would rather keep you, typically beneath them.

That is, unfortunately, more than others can say about themselves.

Be Strong. Be Fearless. Be Wise. Be Better Than You Were Yesterday!

On Tuesday, June 14, 2016 the #DareToBe Tweetchat hosted by Andrea Sanchez (@asanchez16) took place on Twitter.
The #DareToBe topic was SELF-DISCOVERY

The following are Andrea’s ten questions and my answers.

Q2: What are some things people think you do well? #DareToBe
A2. I was told that I can tell a story or two. 😉 #DareToBe

Q4: Who do you look up to? Explain your answer. #DareToBe
A4. I look up to many people. Each has their own unique perspective. I like perspectives (varied, wide and outside the box) #DareToBe

Q6: What accomplishment have you been most proud of? #DareToBe
A6. my family! It is hard work keeping it all together but we all work hard together and that’s what matters most #DareToBe

Q7: If you could do any job for a day, what would it be? Explain. #DareToBe
A7. something tells me I answered this yesterday… I would like be a trainer. I like to train others to help make them better #DareToBe

Q9: What motivates you? #DareToBe
A9. The need to be better than I was yesterday. It is that motivation that helps me be a better father, spouse, brother, and friend #DareToBe

Q10: What step can you take today to move closer to your ideal life? #DareToBe
A10. As our aspiring author @MaryAnnReilly tweeted putting one foot in front of the other. Act Now! #DareToBe

I invite you to join us on Twitter every Tuesday evening at 8PM Eastern / 7PM Central. Look for the #DARETOBE hashtag.