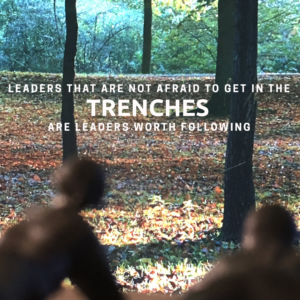 Leaders that are NOT afraid to get in the trenches are Leaders worth following.

Anyone can call themselves a leader but it is the one that believes and acts on leadership principles is a TRUE LEADER.

A Leader that is NOT afraid to get into the trenches and lead from the front is a leader worth following unconditionally.

Today, starts a new series I am calling “On Leadership”. This series will utilize text and images to convey my thoughts, views, and insights on Leadership. 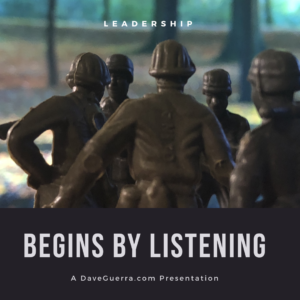 LEADERSHIP begins by LISTENING
A TRUE Leader does not need any fancy title or recognized position to be the epitome of leadership. A TRUE LEADER only needs a little patience, understanding, the ability to understand and act on the power created by ACTIVELY LISTENING!

Listening is the key to ensuring that the mission and vision of the organization is understood. Listening also gives the leader a very unique insight on how those they lead are doing. When a leader listens to those he or she are responsible for, the leader gets to feel better because of the level of understanding and comprehending how those individuals work, what they bring to the organization, and how they make the company a better place.

Failing to listen is NOT the standard. No matter what is going on, what deadlines have to be met, what must be done before the end of the day, week or month, that LEADER must LISTEN. 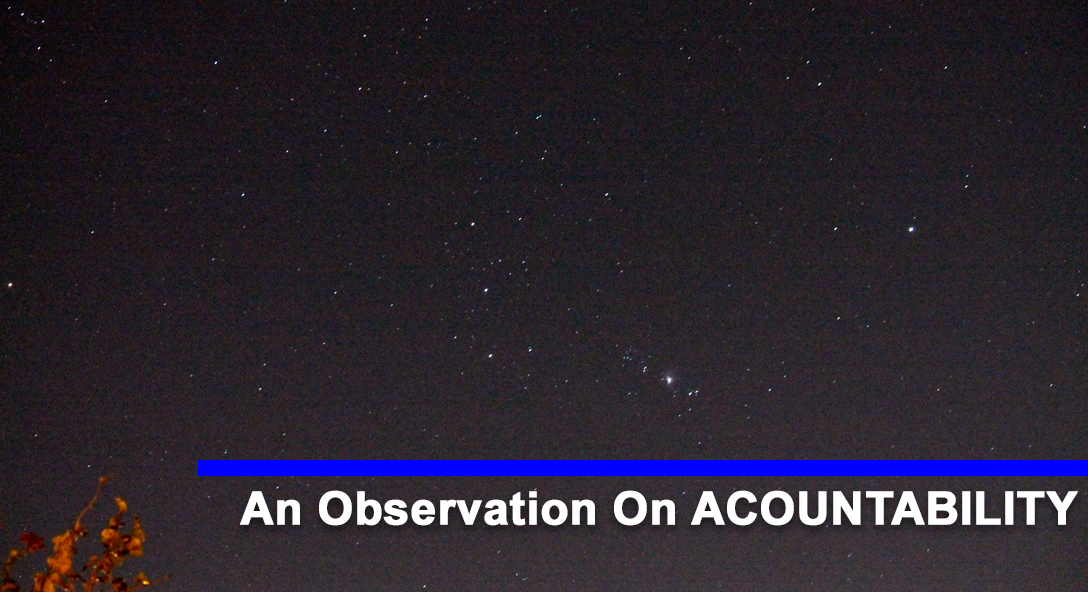 Recently, something happened in my life that has left me baffled about how this can happen with such impunity. Mentioning NO NAMES to protect the guilty, I recently found out someone I know launched a social media campaign to raise funds to address a certain financial need. Again, not getting into details but I can say the issue at had can be address for about $20 – $30 and not the 10x this individual is asking for. It is quite a sob story about the need and why the funds cannot be raised without help from outside sources. I get it, times are tough all around. Yet, I also know times are even tougher for those that REFUSE to get up and do something about the situation they find themselves.

Fast forward about a month into the social media fund raising campaign and that individual gets the bright idea to spend at least $100 on some personal items. Personal items that are more of a want than a necessity or need. I found out as the individual asking for money bragged and boasted about buying new personal items on Social Media. FYI, these were not things that were NEEDED to sustain health or home, by no means. The very same social media that this individual was soliciting fund for help with a financial situation. Again, to clarify, the personal items mentioned online were what one would consider elective cosmetic items.

All the while, the sob story fund request is still open and collecting money. The website that is hosting this grief filled story also shows how much has been raised.

Yep, you read that one right. Here is someone that wants people to GIVE money to help out with a financial situation that is now is openly flaunting the fact this individual has accepted no responsibility in ensuring that the financial situation is addressed before accepting any money from strangers. Nope! Not the case. It seems that someone was not taught about responsibilities, priorities, and most of all ACCOUNTABILITY!

When I questioned the individual about the social media fundraising in reply to the social media bragging about the new cosmetic items, I was met with a response sent via private message and the deletion of my public response to the public post. RED FLAG #1

So, it was time to ensure that deletion was not an “accident”. I asked again as to what the situation was and again, I was met with a text and deletion of my public response to the public post. RED FLAG #2.

Already too many RED FLAGS. At this point folks, as a leader there are two things you can do:

Thing 1: Keep at it until you get a very public response as to why the individual is asking for money (under the guise of not having money) and then spending money on something that has nothing to do with the financial need.

Thing 2: Stop addressing the situation, pull up a lawn chair, pour yourself a tall glass of lemonade, sit back and watch the train wreck involving the public ripping the individual apart for attempting to scam them out of money and scamming those that have already contributed.

LESSON: Folks, as a leader you will be faced with these types of challenges all the time. You can try to communicate ACCOUNTABILITY to others. However, when they refuse to acknowledge or decide it is best to erase those questioning the behavior then your best bet is to let the shenanigans unfold and watch the downfall.

As a leader, there will come times when letting others hit rock bottom is the only thing for you to do. People have to learn the hard way. They have to learn the cost for not heeding the warnings and helping hands of others. Once they made that big splash, your role, as their leader, will be there to help them get back up, hopefully a little wiser. Maybe not smarter but definitely a bit wiser.

A little more background to this story of mine. The individual in question is chronologically over 18 years of age and in the United States of America that makes this individual a legal adult. Mental age, well that is a different question but certainly FAR from being an adult. However, I will continue NOT to name names again to protect ALL the guilty parties, myself included for not standing up and saying something when I first spotted this nasty situation start to grow. Oh, wait I did. I did say something and shot down with “I got this” or “You have to understand that individual’s situation is unique”.

#2 YOU DON’T UNDERSTAND EVERYONE IS UNIQUE AND ALL OF US UNIQUELY FAILED THAT INDIVIDUAL.

That’s right now we have to live with the monster ALL of us created. However, at the rate the individual is going rock bottom is fast approaching.

— — —
LEADERS: This is a shining example of how sometimes people will do what they want to do without any thought about what the fallout will be. Yes, you can chalk this up to naivete or whatever excuse they want to give you. That is why sometimes people have to learn the hard way. Learning any lesson, the hard way is usually the best. As the old saying goes, “Once bitten, twice shy.” Unfortunately, for some it takes thrice, four times, seven times or more times bitten before they get it. I know it is difficult to accept that people need to fail especially when we have the power to help. Sadly, they have to have the power of recognizing when to listen and accept the help being offered.